DDT once our past, maybe our future

Throughout this semester, I have been learning about the worldwide problems with mosquitoes.  So far the first couple of lecturers have discussed their research dealing with mosquito populations in Louisiana and around the world. However, there have been several unanswered questions on how nearby parishes in Louisiana specifically control mosquito populations. The lecturer I have the pleasure of writing about is the director of Mosquito Abatement Program in West Baton Rouge Parish, LA, Mr. George Bragg. He has been in the mosquito control industry for over 20 years.  Mr. Bragg’s presentation went into detail of the most prevalent mosquito species that Louisiana deals with on a daily basis. He stated that in West Baton Rouge (WBR) Parish, the Southern House Mosquito (Culex quinquefasciatus), Asian Tiger Mosquito (Aedes albopictus), Dark Rice Field Mosquito (Psorophora Columbiae), Woodland Mosquito (Aedes Vexans), and Malaria mosquito (Anopheles Quadrimaculatus) are prevalent. Now I won’t go into detail about these blood-sucking fiends since my fellow colleagues have discussed them in their recent blog posts.

The bulk of Mr. Bragg’s presentation was on the integrated mosquito management system that is used in WBR Parish to control mosquito populations and disease surveillance. WBR Abatement Program employs numerous tactics such as biological control, chemical control, physical control, disease surveillance, and public education and outreach. Throughout the talk he highly stressed the use of surveillance as an excellent method to maximize efficient use of funds available and as an early detector for mosquito borne diseases in the area. However, what caught my attention was his ideology of chemical control. Mr. Bragg stated that DDT is the best chemical made for mosquito control. Now, in case you are not familiar with DDT(dichloro-diphenyl-trichloroethane) it is a colorless and tasteless chlorinated hydrocarbon. In the 1940’s, it was first used in World War II (WWII) to control malaria and typhus (Eskenazi et al. 2009). After WWII it was used as an insecticide for agriculture. Sure you may think, ok, what is so bad about DDT? Well, DDT is a persistent organic pollutant that lasts a really long time in the environment and can be adsorbed in soils and               sediment. As far as environmental harm, it is found to attack the central nervous system in insects and cause liver damage in birds (Eskenazi et al. 2009). DDT was one of the leading causes of decline in North America and European bird populations due to eggshell thinning (Eskenazi et al. 2009). It is extremely toxic to a wide range of organisms such as fish, crayfish, daphnids, and birds.

If that does not scare you, well just give me a couple of seconds. DDT is also known to be soluble in fat and stored in fatty tissue (Eskenazi et al. 2009). Due to its properties, it is able to bioaccumulate in many organisms. Bioaccumulation refers to the accumulation of a chemical in the tissue of an organism. The problem is DDT concentrations increase the higher an organism is on the food chain. As an organism consumes other organisms with DDT present in their tissue, the concentration increases. Well, guess who is at the top of the food chain—you guessed it humans. Recent studies have determined that DDT concentrations in the blood are relatively high in countries where DDT is currently being used (Eskenazi et al. 2009). In humans DDT may cause nervous system and liver damage, developmental delay, male infertility, miscarriages, and may be carcinogenic (Eskenazi et al. 2009). In 1972, it was banned in the United States after the publication of a book called Silent Spring by Rachel Carson. The book discussed the widespread concern over the misuse of pesticides. 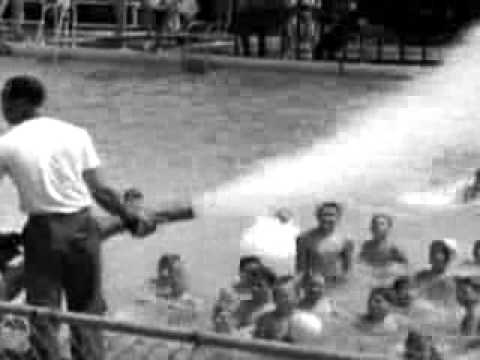 Figure 5. Kids being sprayed with DDT

Mr. Bragg argued that the chemicals used presently to control mosquito populations must be used multiple times, while DDT is so potent that only one application is needed. However, I don’t have much faith in people applying the correct amount of the chemical. Also, what is considered overuse? When applying DDT how do we just affect mosquito populations? What are the negative effects of using DDT on pollinators? These are questions that Mr. Bragg could not answer. While DDT is probably cost-effective it is still a very potent toxin that has not been researched thoroughly enough to be used. My recommendation is that in the United States needs to close this educational gap and develop safe and effective alternatives to DDT.

This is a text widget, which allows you to add text or HTML to your sidebar. You can use them to display text, links, images, HTML, or a combination of these. Edit them in the Widget section of the Customizer.